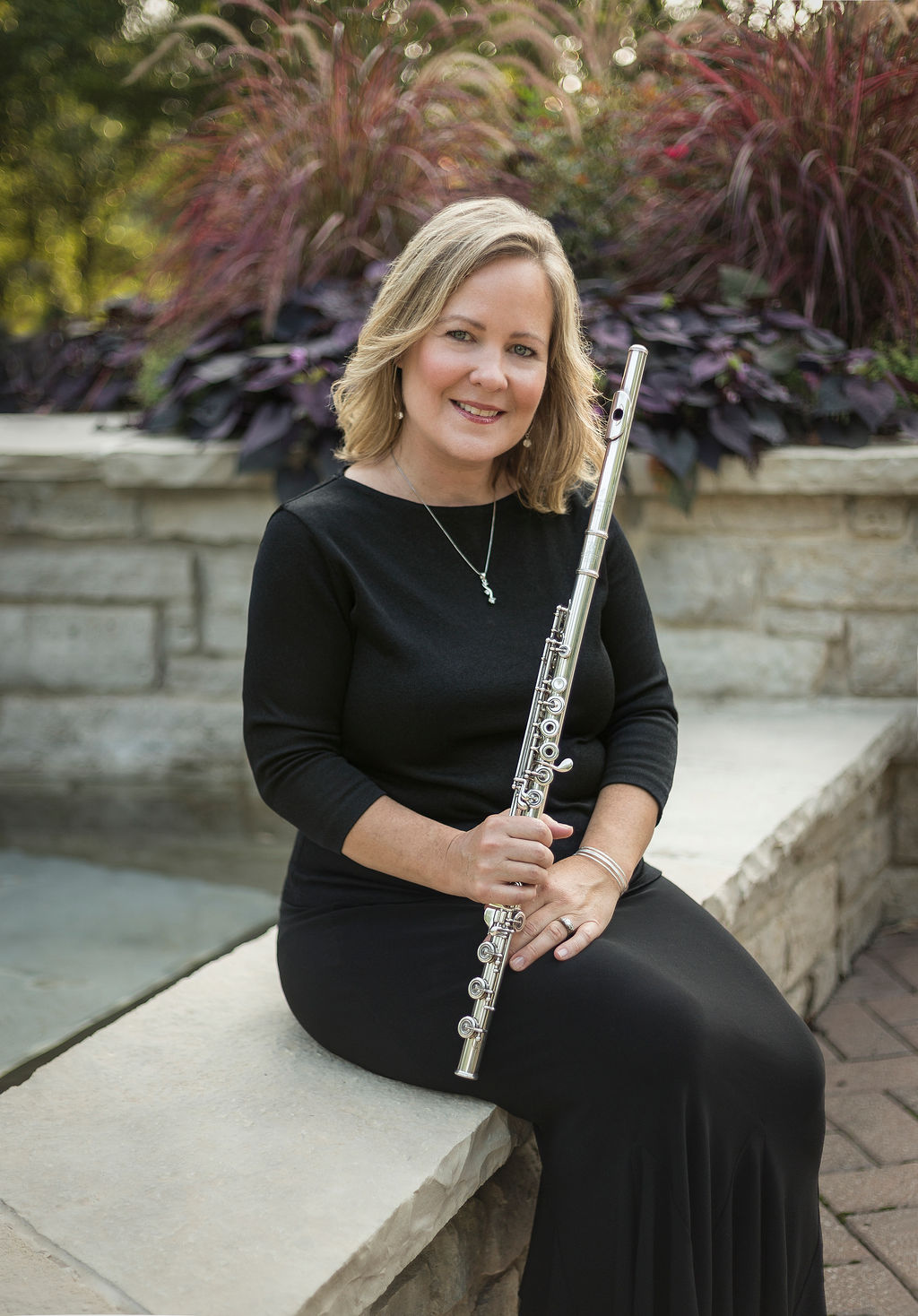 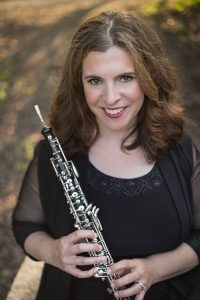 Allison Baker Wehrle, Oboe is the newest member of Sapphire. She holds degrees in oboe performance from Illinois Wesleyan University, the University of Illinois, and the University of Michigan. Upon moving to Chicago in 2003, Allison worked as an editor for the Instrumentalist Magazine and later contracted some writing, proofing, and editing work with GIA Publications and the Web site www.banddirector.com. Her published articles and interviews have appeared in The Instrumentalist and the Double Reed Journal. Upon leaving the publishing world, Allison amassed a large private teaching studio that took her to far-flung suburbs such as Schaumburg and Naperville and began subbing with several orchestras in the tri-state area. She has been a regular member of the Chicago Chamber Orchestra, the Chicago Bach Ensemble, and the Bel Sonore Chamber Ensemble. Allison also teaches at Trinity International University in Deerfield, IL, and makes reeds for Midwest Musical Imports in Minneapolis, MN. She lives in Chicago with her husband and daughter, and their two cats. 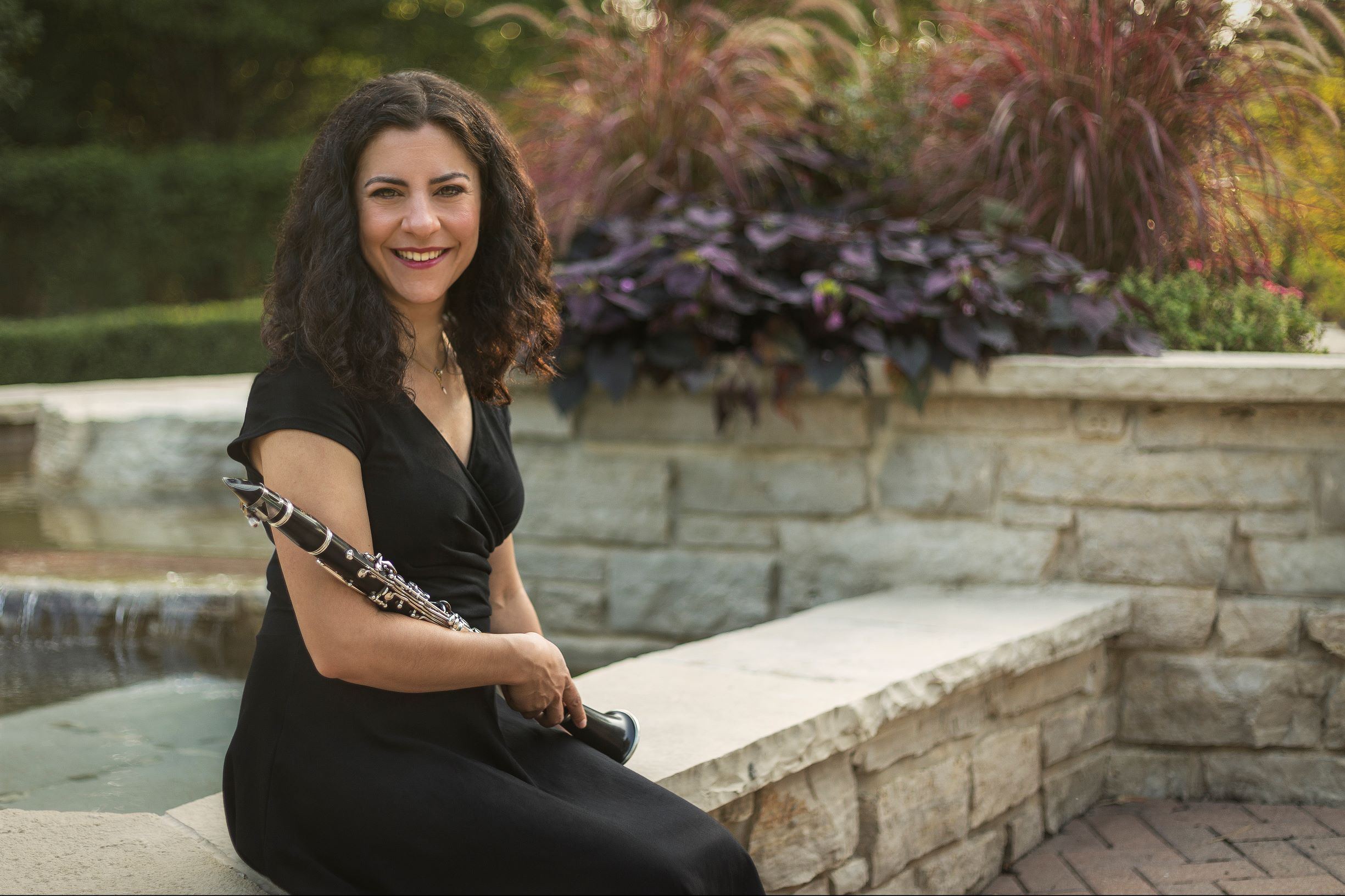 Anna Najoom, Clarinet holds a Master of Music degree from the University of Minnesota and a Bachelor of Music degree from the Lawrence University Conservatory. She has performed with the Chicago Chamber Orchestra, Milwaukee Chamber Orchestra, Ohio Light Opera, Green Bay Symphony Orchestra, Orquesta Sinfonica UANL in Monterrery, Mexico and the Chamber Orchestra for the 2002 International Double Reed Society Conference. She is also a member of the Chicago based groups Claraconbrio and Symphony Sounds. She currently teaches at the Merit School of Music, Maine South High School, District 64 in Park Ridge, and in Wilmette and Kenilworth.
Click here to visit Anna’s website 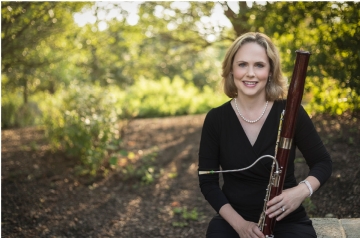 Ann Dufek, Bassoon is a professional bassoonist and music teacher in the Chicago area. She holds a Bachelor of Music from The University of Miami in Bassoon Performance and a Masters of Music Education and Performance from the Bienen School of Music at Northwestern University. She has studied the bassoon extensively and has performed with numerous orchestras, including the Elgin Symphony Orchestra, Chicago Sinfonietta, Ars Viva Symphony Orchestra,  Rockford Symphony Orchestra, Illinois Philharmonic Orchestra, the South Bend Symphony Orchestra and the Highland Park Strings Orchestra. Ann combines her private performance work with a concurrent career in music education. She directs the band programs at Wilmette Junior High School and Marie Murphy Middle School in Wilmette, IL. A resident of Evanston, IL, Ann has also served as a guest lecturer and  adjunct faculty member at  Northwestern University. Additionally, during the summer months, Ann has served as band conductor at Blue Lake Fine Arts Camp. 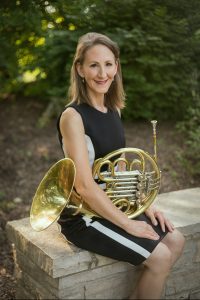 Lisa Taylor, Horn completed a Bachelor of Music at New England Conservatory and a Master of Music at Peabody Conservatory when women in the brass section were still a curiosity. She spent two pleasant summers at the Chautauqua Music Festival, one brisk winter at the Banff Centre in Canada, and enjoyed a summer contract at the Hochschule Mozarteum in Salzburg, near a bakery with exceptional strudel. Before becoming an official Midwesterner, she was a member of the Annapolis Symphony and played extra with the Baltimore Symphony. She is currently principal horn in the Park Ridge Orchestra, and was featured as a soloist in 2012. Lisa has played with many local groups, including the Chicago Chamber Orchestra, Illinois Symphony, New Philharmonic, and the Southwest Michigan Symphony. Along with Sapphire Woodwind Quintet, she is a also a member of the Cathedral and the Liberty Brass Quintets. On the non-classical side, Lisa plays with Jeff Hedberg’s C11 Jazz Ensemble and can be heard on their CDs. Lisa maintains two teaching studios and offers private instruction to horn players of all ages, including a horn choir for older “come-back” players. She also has degrees in mechanical engineering and enjoys giving demonstrations in schools, using instruments such as the alphorn and didjeridoo to illustrate the science of sound. Her latest project is designing simple musical instrument kits to be assembled and decorated for a music class at the Adult Down Syndrome Center in Park Ridge, IL.
Click here to visit Lisa’s website